From 1968 to 1972 Pete Townshend used as his guitar of choice the cherry red Gibson SG Special. These guitars can be seen in some of The Who's most famous performances - the Rolling Stones' Rock and Roll Circus, Woodstock, the Isle of Wight festivals, etc. Pete also smashed dozens of them.

In September 1997 Sotheby's auctioned off one of Pete's SGs. Here is the information from the catalog. 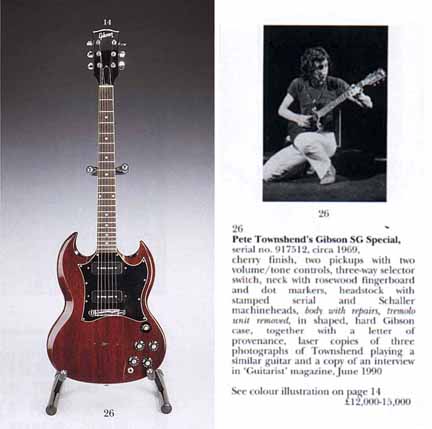 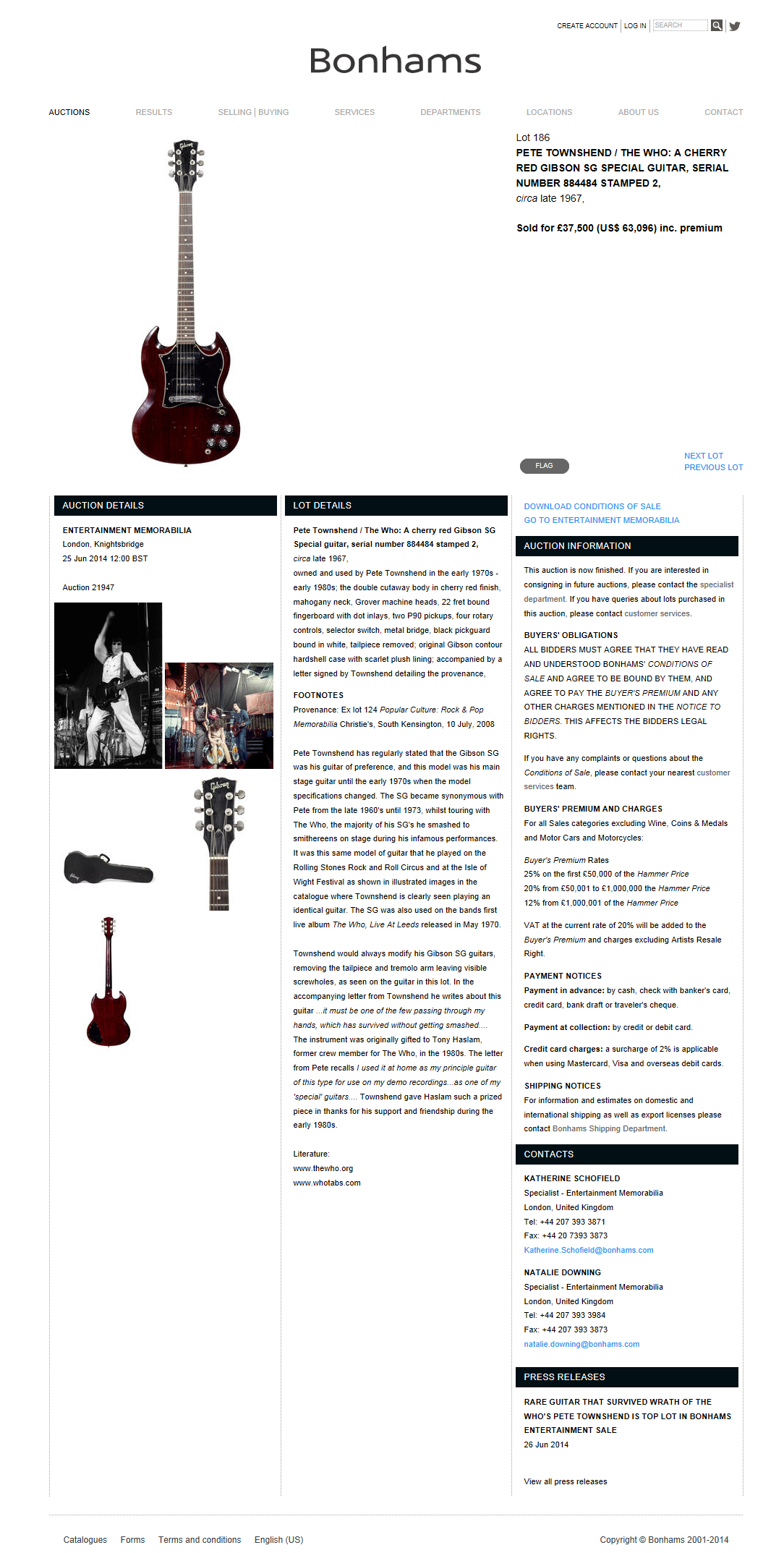 High definition photos of the front and back of the above guitar. 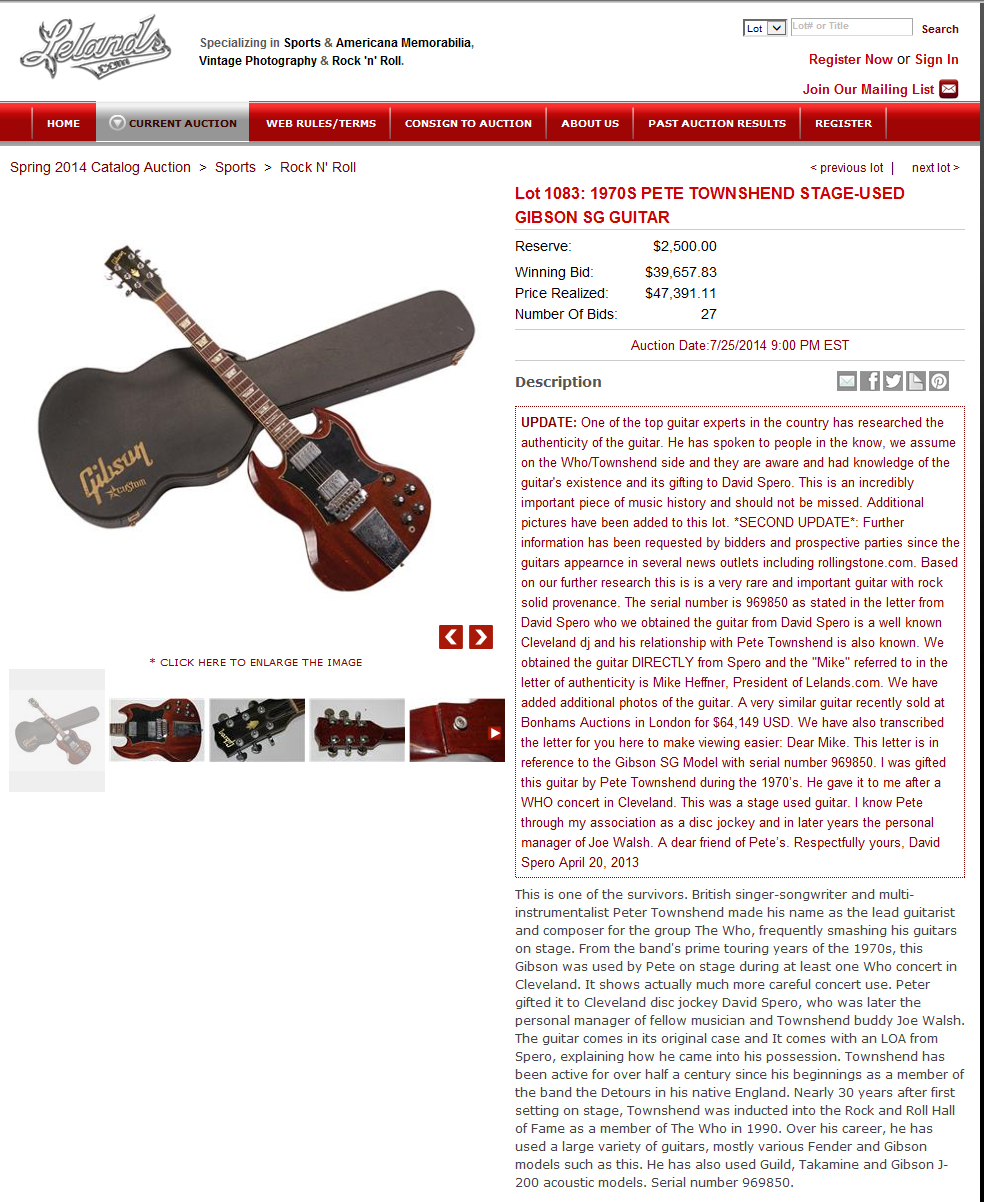 On September 29, 2004, Christie's auctioned off the following white SG:

The picture below shows my son Stephen (a future Who fan born in 1986) with an SG that Pete didn't get his hands on, a 1968 model. The Gibson Vibrola has been removed and the strings attached directly to the stop tailpiece in the manner that Pete used. 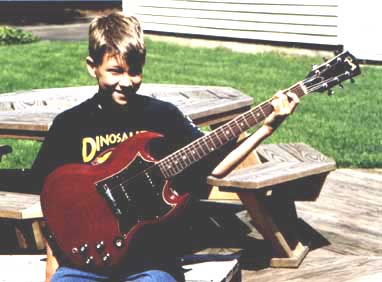 The following three photos were taken of my guitar before I bought it and before the Vibrola was removed (a completely reversible operation). 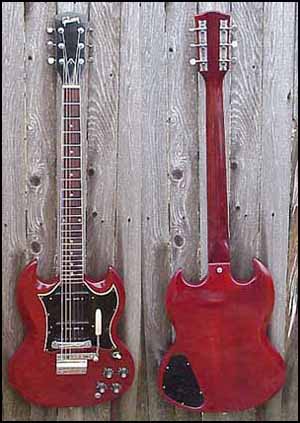 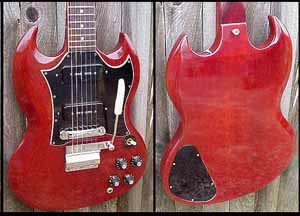 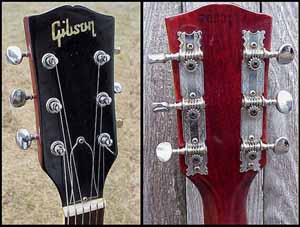 Next is a shot of Pete playing an SG Special. The picture was used in the Maximum BBC bootleg CD, Red Robin ROB-1041. 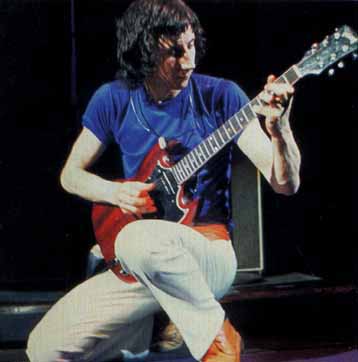 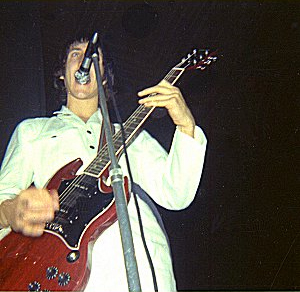 Pete at the Amsterdam Concertgebouw, September 29, 1969. Photo by Henk Hulstkamp. For more photos of this and other shows, go to http://www.postmaweb.nl/who/foto.html.

I have always been fascinated with Pete's Gibson SGs and have a number of questions about them. Who knows, perhaps Pete can answer them someday. In the meantime, if you can answer any of them or want to discuss it further please contact me.

A listing of any serial numbers I have for stage used Pete Townshend guitars.

Following is their press release: 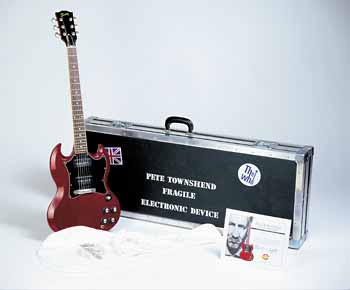 Gibson joined forces with Townshend to make a limited edition of 250 guitars, and each is a painstaking reproduction of the legendary musician's Gibson SG.

Says Pete Townshend, "This guitar is amazing. It looks, sounds, and feels exactly like the SG I used during 'Live at Leeds.'" The Who's performance was perhaps one of the defining moments in rock and roll history. As a testament to that moment, Gibson proudly offers this fine guitar to guitarist and music fans worldwide.

Special features include a dark, vintage cherry finish, along with "aged" hardware for a truly vintage look. Each guitar is numbered (1 of 250, 2 of 250, etc.), and a copy of Townshend's signature is emblazoned on the headstock. In addition, Townshend has personally signed each Certificate of Authenticity.

The guitar also comes with two cases. First, a special Flight Case has been created and features "Pete Townshend" stenciled on its side, as well as travel stickers such as "The Who," and "Fragile." The Flight Case is "pre-tour tested" and comes complete with bumps and scratches. The other case is a deluxe Custom Shop SG Hardshell.

A portion of the sales will go to Townshend's Double O Charity, which benefits youth globally.

The Pete Townshend Signature SG will be available through authorized Gibson Custom, Art & Historic Dealers around the world, as well as at Townshend's ecommerce site www.eelpie.com.

Call 1-800-4GIBSON anytime for more information on all the new Gibson Signature releases. For all the news from Summer NAMM, go here.